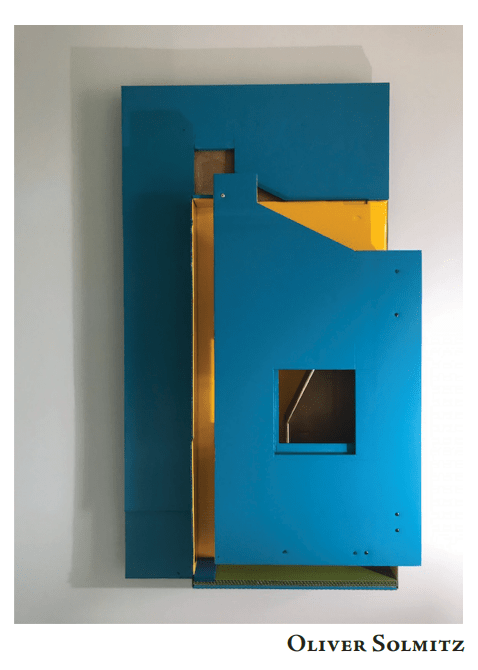 Rather than making objects, Oliver Solmitz investigates qualities of space defined by structure and color, revealed by light. Ollie often uses found materials such as those from construction sites. And it is in the making that he embraces the tension found between modern materials that reflect a machine-based aesthetic, and work that purposefully retains evidence of the human hand.

Oliver’s paternal grandmother was an early influence in his life of making. She had to abandon her education as an artist in fleeing Nazi Germany with her philosopher husband on miraculously securing his freedom from Dachau very early in the war. The other strong influence was his Swiss mother, from whom he learned to appreciate clean lines that retain an emotional resonance. These early influences led Solmitz to earn an undergraduate degree in architecture from the University of Maine at Augusta, and a Master of Fine Art degree from the Pennsylvania Academy of Fine Art.