A House as Tall as Me

In the movie Six Degrees of Separation, the actor Stockard Channing’s art-world-obsessed husband observes that the local elementary schoolers produce what amounts to Matisse after Matisse. Without question, there’s something innocently and effortlessly beautiful in each new creation that arrives home from school, proudly presented to parents. But while I’ve been known to brag about my three sons once or a dozen times, I would be the first to admit that nary a one of them is a Matisse… or even a Stik! Still, out of all the carefully-curated original artwork hanging on my walls, my favorite is a crayon drawing my middle boy, Peter, created as a kindergartner. In this drawing, a smiling stick figure stands next to a primitive house. And underneath the figure and the house is the written description Peter verbalized to his teacher: “I am building a house as tall as me.” Yup, you got that right – a house as tall as me.

Now that Peter is a college sophomore on the cusp of full-fledged adulthood, I often study his kindergarten self-portrait and marvel at the out-of-the-mouth-of-babes wisdom undergirding it: as individuals, we all have larger-than-life potential. Through gemilut hasadim (acts of kindness), we all have the ability to create a more compassionate, empathetic, and equitable global society. Following the principles of tzedakah (charitable giving) and tikkun olam (repairing the world), we all have it in us to build “a house as tall as me.”

Which brings me to January 31, the official end date of the Maine Jewish Museum’s Annual Appeal. Our little Museum has an outsized impact – even a cursory glance at our roster of current, upcoming, and past exhibitions and robust collaborative programs and events is enough to make museum mavens, art lovers, and curious minds weak at the knees! And your donation, no matter how big or small, has an outsized impact, too – every dollar you donate helps us achieve our mission of using our exhibitions and programs to build bridges of appreciation and understanding among people of all backgrounds. In these divisive times, with antisemitism continuing to spike, your contribution is more important than ever… and you don’t have to look far to see exactly how important.

A stone’s throw away from the Museum, the Footlights Theatre in Falmouth is in the early stages of a new production, And Then They Came for Me, which tells the story of the Van Pels, who were in hiding with Anne Frank and her family during the Holocaust. The play has not been publicized, but already, the theatre has received alarming phone calls from Holocaust deniers.

For many of us, this is deja vous all over again: in 2018, when Anne Drakopolous’ first-hand accounts of the Holocaust, Appell: The Other Side of the Fence, made its world premiere at the Footlights, the theater was flooded with antisemitic phone calls and threats. In the face of this hatred and hostility, the play opened to a standing ovation and sold-out performances. And now, five years later, the Footlights is once again refusing to be bullied into silence. We are honored to be hosting rehearsals for And Then They Came for Me at the Museum and to be participating in post-performance talk-backs at the theater. And just as the Footlights is taking a stand against antisemitism with its production, so you can take a stand by attending one or more of their performances this March and April (call the box office for ticket information).

As we continue to dip our toes into 2023, remember that you as an individual really are “that important.” The decisions you make and the actions you take right here right now have a ripple effect. Your thoughtful contributions – financial and otherwise — make you part of connecting people across communities, reflecting on the relevance of the past to the future and inspiring others to follow your lead. Like my Peter so many years ago (but oh, how it feels like yesterday!), you, too, can build a house as tall as you. 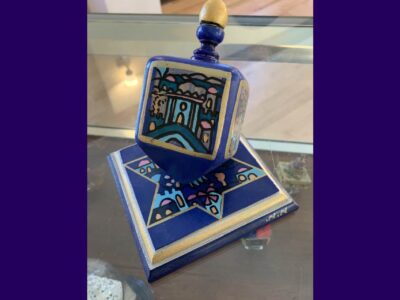 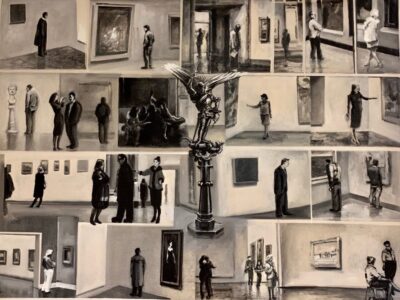 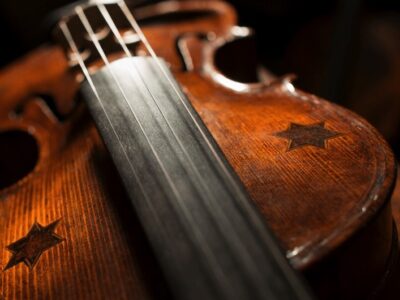