I’ve said it before, but it bears repeating: Maine has an outsized creative community, and when we collaborate instead of competing, we have an outsized impact. And this month, I have had the privilege, as Executive Director of the Best Museum in the Whole Wide World, of participating in the consummate collaborative endeavor: the Violins of Hope Maine Project.

The Violins of Hope are a collection of restored instruments played by Jewish musicians during the Holocaust. These instruments survived death camps, pogroms, and – in all too many cases – their original players to tell remarkable stories of injustice, suffering, and resilience. Now owned by father-and-son violin-makers Amnon and Avshi Weinstein, the collection travels to concert halls around the world… and the Violins of Hope Maine Project, conceived, launched, and organized by the Portland Symphony Orchestra, brought Avshi here to Maine for a full month of educational and community events. The Maine Jewish Museum has been fortunate to be part of this Herculean effort alongside our friends at the Holocaust and Human Rights Center, the Maine Jewish Film Festival, and the Jewish Community Alliance of Southern Maine, among others.

This past Tuesday, the Portland Symphony Orchestra brought down the (packed!) house at the Museum with a stirring performance on the Violins of Hope. To hear the storied strings sing in the magnificent century-old Etz Chaim sanctuary was to feel the souls of the victims who so lovingly preserved these instruments through a genocidal war. And beginning TODAY (Thursday, October 20) through Thursday, October 27, 30 of the violins will be on display at the Museum. It is an exhibit that you do not want to miss – just be prepared with plenty of tissues!

With fewer and fewer Holocaust survivors alive to bear witness and conspiracy falsehoods flooding social and mainstream media on the daily, the Violins of Hope are a tangible link to Nazi atrocities, giving literal and figurative voice to the six million murdered solely on the basis of their religion. Equally importantly, the instruments are a tangible reminder that what unites us is greater than what divides us.

The language of music is universal, transcending race and religion and gender and ethnicity. Case in point: my family and I recently returned from a two-week vacation in Rwanda, where we met and befriended an exceptional young Rwandan, Wilson Kirenga. Wilson is a twenty-something graduate student whose family fled Rwanda during yet another recent genocide, returning later to a country in tatters after one million were slaughtered in 100 days solely on the basis of their ethnicity. The other day, I wrote to Wilson on WhatsApp about the Violins of Hope Maine Project, and he responded (and I quote), “What a beautiful symbolic concert! We have such gatherings here and they are equally emotional. Rwanda lost many artists during the Genocide, and it is always gutting playing their songs during commemoration ceremonies, so I understand how meaningful the concert is for you and the Jewish community in Portland!”

How remarkable for a Jewish family from the United States to connect across thousands of miles and radically different cultural contexts through a shared belief in the power of music to both embody and overcome the most devastating kinds of loss! In this spirit, may the Violins of Hope continue to keep the memories of Holocaust victims alive and to build the bridges of appreciation and understanding that are at the heart of who we are at the Maine Jewish Museum. 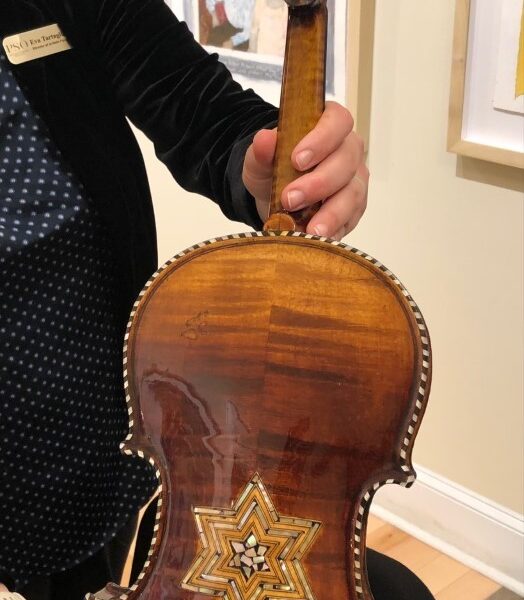 A close-up of one of the Violins of Hope 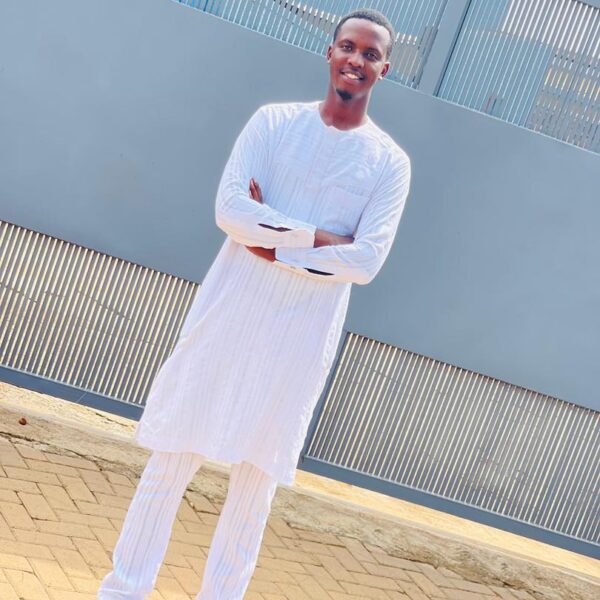